The final verdict on the sentence already given to Ratko Mladić was delivered in Haag yesterday. He is serving life in prison. Thankfully, this is still the case today- he lost his appeal. The women and other survivors of his gruesome actions committed in Srebrenica during one week in July 1995 were gathered in Potocari at what is today the memorial centre and cemetery, back then, it was the UN headquarters. The court had no reason to change anything- the evidence is clear.-much evidence was even recorded by Mladic himself, documented at the time and easy to access. A sense of relief could be felt- the 'Butcher of Bosnia', responsible for genocide, and other war crimes, will spend the rest of his life in prison.

Posted by Kristian Skeie at 9:18 pm No comments:

I remember, while going through old work, some images that was just left behind. In 2012, staying at Tuzla hotel, preparing to cover the Mars Mira, or the peace march between Srebrenica and Tuzla, a wedding took place. It seems strhange when you were loaded with the story of what happend in Srenbrenica at that time, 16 years before. Still, it is a reminder that life must go on. Today, the big news is that 'Quo Vadis, Aida?' is officialy nominated for the Oscars- Congrats! 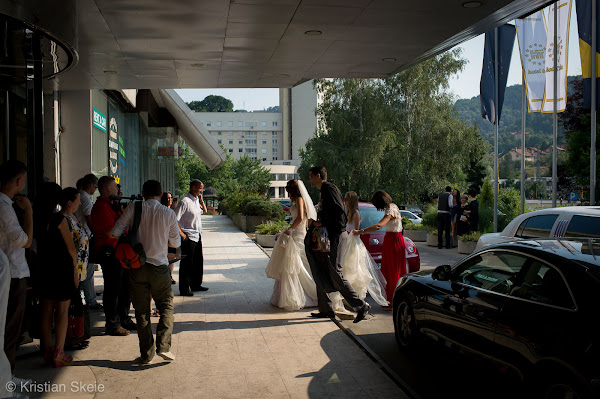 Migration: Stuck in Bosnia and Herzegovina.

Bihac is struggling to manage the refugee/ migrant situation as the boarders to Croatia is strictly closed. Many refugees from Pakistan, Iran, Afghanistan and the middle east as well as north Africa are stranded in the region and is struggling to cope with a difficult life in this northern town in Bosnia and Herzegovina, one of the poorest countries in Europe. Many gets injured while attempting to do 'The Game'.. the term used describing attempting to cross the boarder into the EU (Croatia). The stories often goes like this: The Croatioan police beat us, the strip us, burn our things and steal our phones and money.  Most comes back to Bosnia with injuries, often serious injuries.

Winter is coming, temperatures are now bellow freezing at night. Elections in Bosnia and Herzegovina takes place next week and we are in the middle of a pandemic. Life is not easy while attempting to reach Europe at the moment. More to come.

And, I enjoyed working with them documenting their efforts.

"10 August 2020 marked an important date in Montenegrin history. 10 years to the day after the Convention on Cluster Munitions entered into force, Montenegro could proudly declare itself free of these deadly weapons”.
For better quality video, check out my Vimeo page.
See the announcement from the Norwegian People's Aid
#LandMineFree2025 #togetheragainstmines #mineaction #npa #nikonswitzerland
Posted by Kristian Skeie at 3:58 pm No comments:

During the Covid 19 pandemic, I have collaborated with #CaritasCH in Bosnia and Herzegovina. They, right away, started a project to hand out food and hygiene vouchers to the the most vulnerable. I believe it shows great vision and initiative in order to pull this off as fast as they did.

Bellow are random impressions from various municipalities as well as people. The work is always in collaboration with the officials and often connects with local partners who knows the people locally. It is a good example of what is possible with good collaboration. 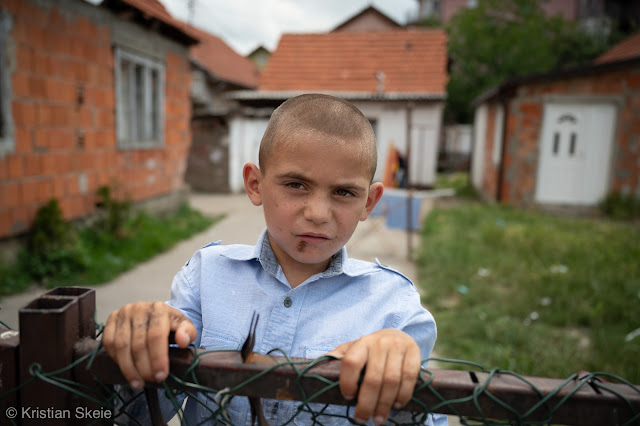 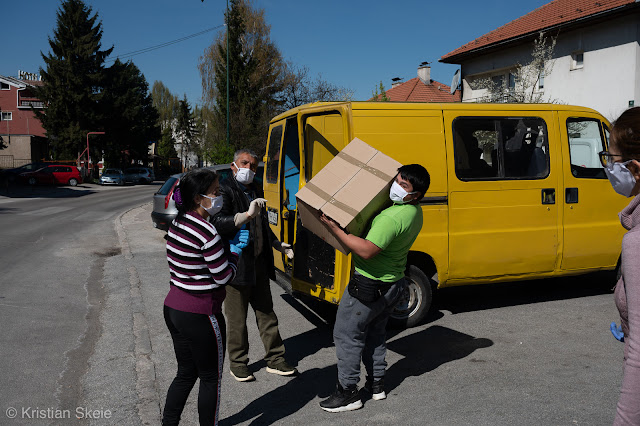 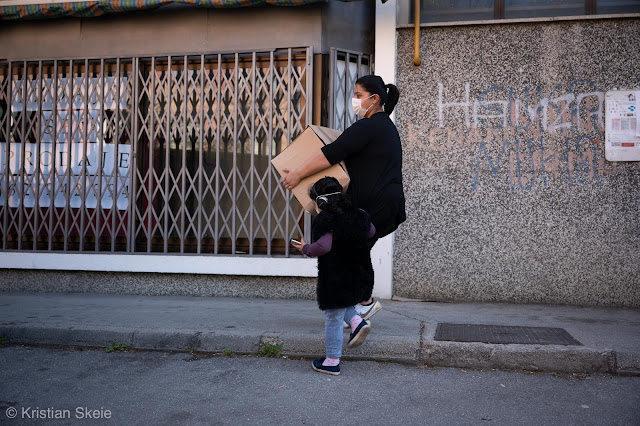 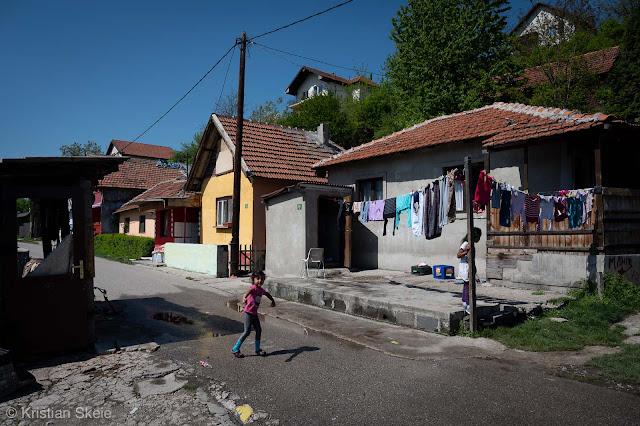 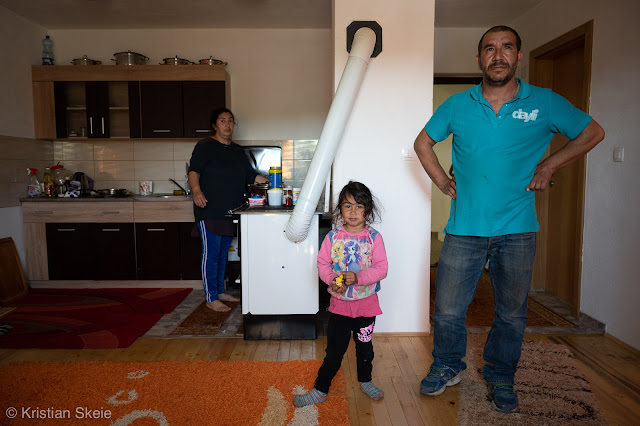 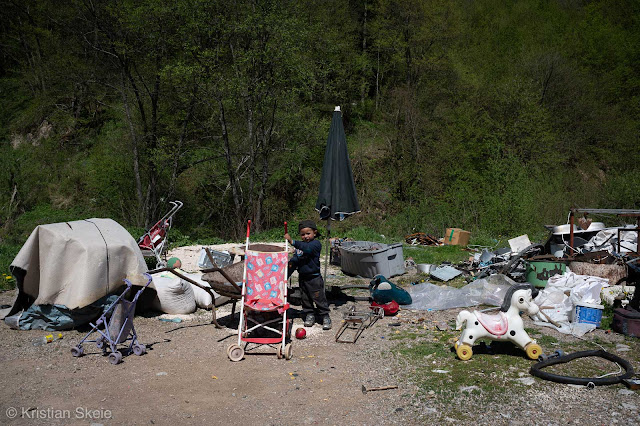 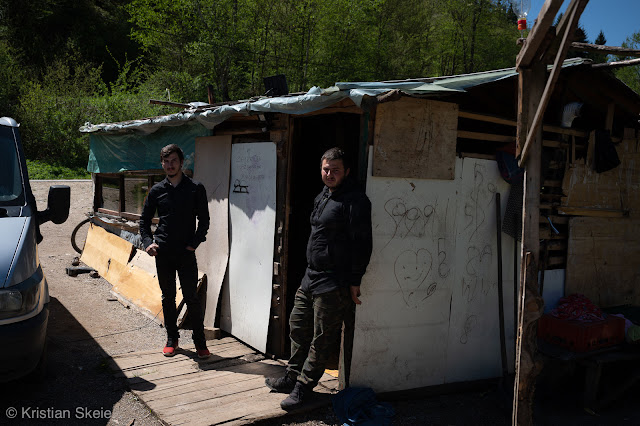 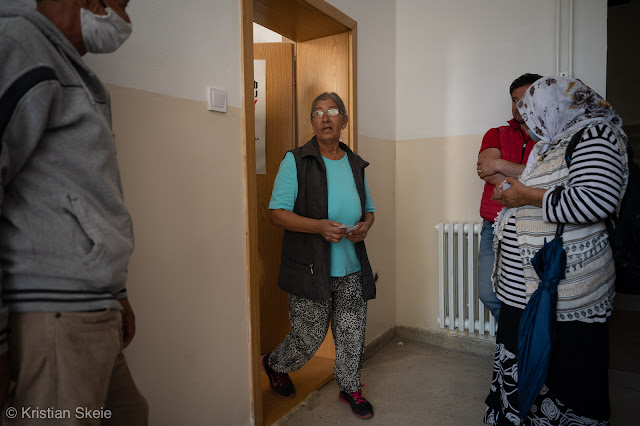 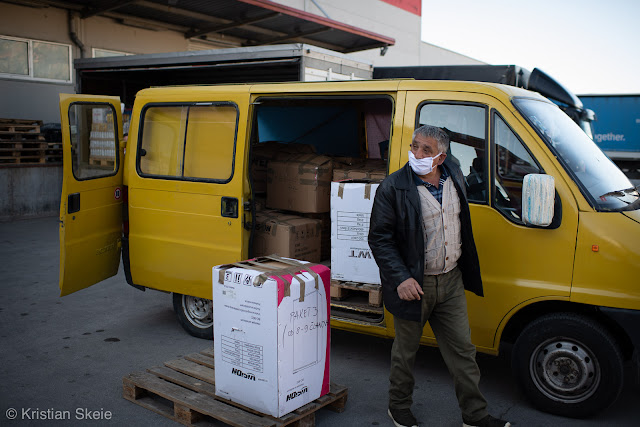 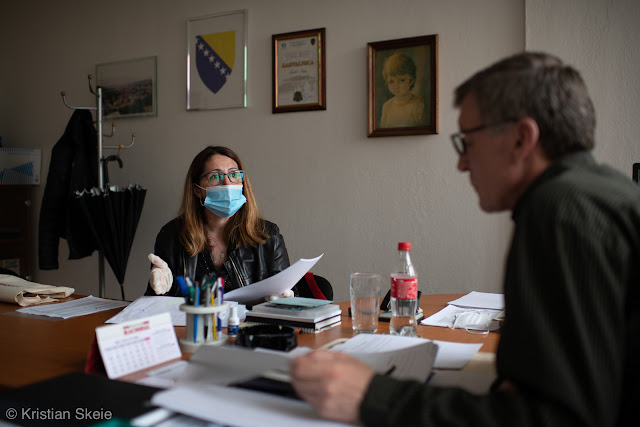 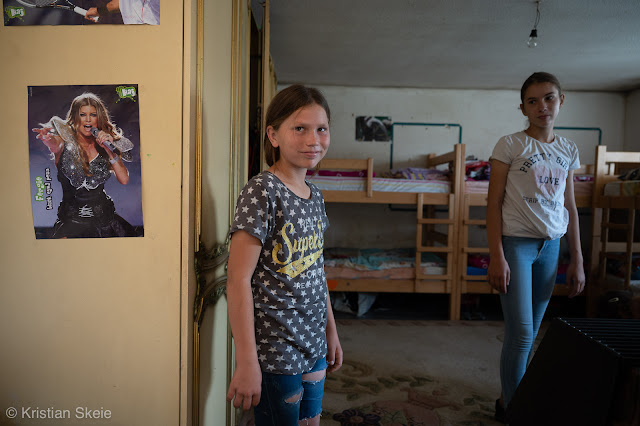 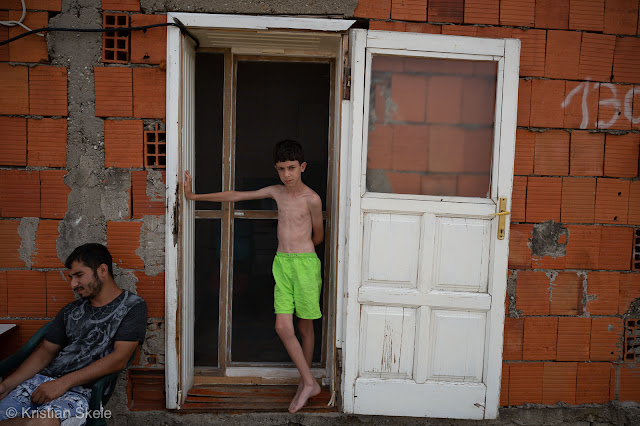 Što Te Nema? Where have you been?

Aida Sehovic's created the traveling participatory instillation art piece based on coffee cups. She uses masses of traditional coffee cups from Bosnia and Herzegovina. The title is the give away, each coffee cup represents someone who was killed during the Genocide in Srebrenica. This year, representing 25 years since the genocide took place, the installation was set up at the Potocari Memorial Center where the commemoration takes place. Volunteers helps during the preparation and during the day long set up. Survivors comes and people are invited to sponsor by contributing with coffee cups. Such a moving tribute to the horrific events of July 1995. 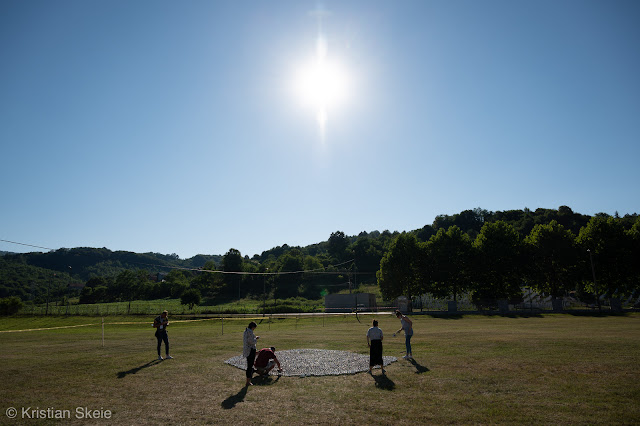 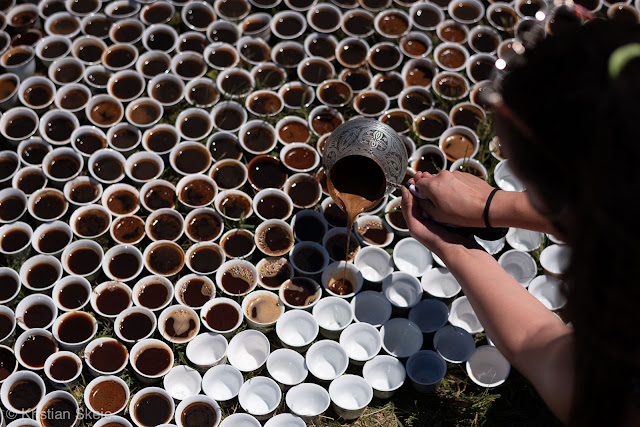 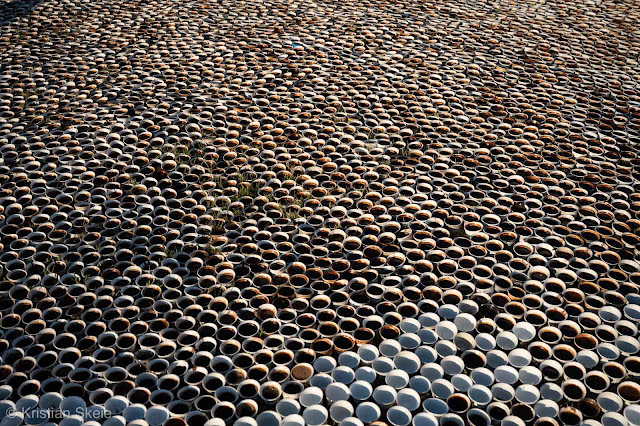 Posted by Kristian Skeie at 10:10 am No comments:

Ramiz Nukic survived a genocide. Many in his family did not, including his two brothers and his father. Today, 25 years later, his life still is consumed by the genocide that he survived.

July 11th 2020 marks 25 years since the genocide took place in Srebrenica, Bosnia and Herzegovina. Bosnian Serb  Commander Radko Mladic walked in with his men and simply declared the town and the region around it as part if the greater Serbia and that this was revenge on what the “Turks did” (during the Ottoman Empire). He faced little or no resistance from the locals- after all- Srebrenica was meant to be a safe area for local Bosnian muslims and it was meant to be protected by the Dutch UN forces.

The week that followed will be remembered as one of the darkest periods of the UN. More than 8000 mostly men and boys were brutally murdered by Mladic men. The stories are well documented. What is less known is that there are still many missing. The surrounding forests and valleys were used to hide mass graves, some are yet to be discovered. For many who survived, the stories continue to mark their lives.

In 1993, when the Serb forces were closing in on the region, Srebrenica was declared a “Safe Zone” by the UN. People around Srebrenica moved into the small town and became refugees. Every apartment and house were full, people lived in other peoples properties. Import of food and medicine was almost non excitant, life was hard. Ramiz was 41 years old, married and a father to 5 children.

When Srebrenica fell, Ramiz and his family went Potocari, where an old Yugoslav era car battery factory that was used as the UN head quarter during the war for the Srebrenica ‘safe zone’.  Most of the more than 30’000 people staying in Srebrenica at the time tried to walk the 5km to Potocari hoping to reach safety in the vast factory halls and that the UN would provide some sort of protection against the attackers. The UN failed in their mission to protect and ended up assisting in splitting men and boys from women and children. While women and children were mostly driven away to Tuzla, another safe zone, men and boys were in many cases never seen again. Many other men and boys, it is estimated some 15’000, including Ramiz and his two brothers and father decided to try to escape through the forrest and mountains in order to reach safe territory near Tuzla, a 110km long walk away. Over half were killed in what is today known as the Srebrenica Genocide.

Ramiz survived and he, and his family, returned to the family home, just outside of Srebrenica, in 2001, after living as refugees elsewhere in Bosnia and Herzegovina. Surrounding the family home, are mostly woods, valleys and small hills. It is the area where many tried to flee Mladic’ troops. After having returned to the family home, Ramiz decided to look for the remains of his family members. He had last seen them not too far from the family home. He did not succeed in finding his relatives (they have later been found in local mass graves and are now buried), but he did find many other remains of people who were also killed during the genocide.

Despite many years having past, Ramiz continues to find remains of the people killed during the genocide. He can not stop, admits that it has become a personal mission, and hopes that his efforts will help others in the same way that it helped him to find the people in his family who had been killed during the genocide. He hopes to help people to find peace, particularly the mothers who lost their husbands and sons. Almost every morning, during the summer season, he walks in the area around his family home. He continues, almost daily, to find remains- it could be personal items, pieces of clothing or bones, many bones. In the years he has been looking for missing people, he has found body parts, and helped identify, more than 250 people. 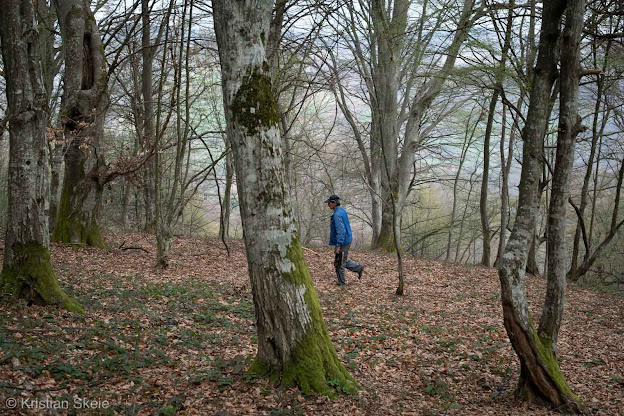 In Tuzla, in the north east of Bosnia and Herzegovina, Dragana Vucetic works as a senior Forensic Anthropologist at the International Center for Missing Persons (ICMP). She too is occupied on a daily basis about the Genocide in Srebrenica. However, her life as an anthropologist is different than the life of Ramiz Nukic.

Dragana was born and grew up just outside of Belgrade, in Serbia. She was a young girl during the war. As a newly educated forensic anthropologist, it was a great opportunity to work for the ICMP on the project of identifying victims of the Srebrenica genocide. However as a Serb, it was at the time considered, by some in her circles, a controversial move to work and live in Tuzla in Bosnia and Herzegovina, particularly working for the missing persons (ICMP) office on the the case of Srebrenica. Professionally it was a great job and Dragana remains professional and is happy to contribute with her expertise. She moved to Tuzla and has now been working for the ICMP for more than 10 years. 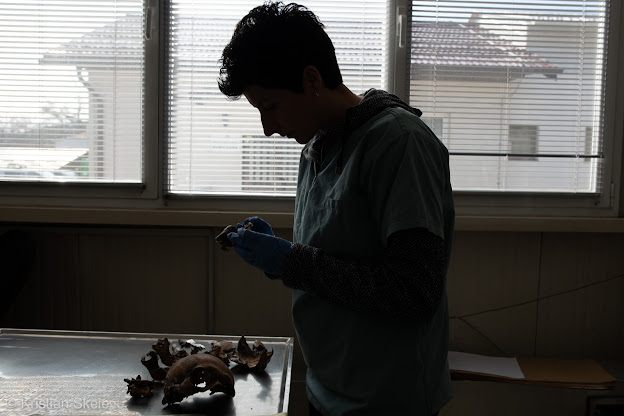 After the wars in the 1990’s, over 35’000 people were reported missing in Bosnia and Herzegovina. Today, nearly 28’000 have been found and identified. Amongst the ones still missing are nearly 1’000 from the genocide in Srebrenica.

When the remains of people are found, they are first, either taken to the ICMP or the Missing persons Institute of Bosnia and Herzegovina. At the ICMP, the remains are being cleaned and DNA tested if possible, in order to be identified. Usually, remains arrives incomplete, it normally means bodies have been found in multiple locations. Original graves were dug up and reburied as the war came to a close. The idea was to try to hide the graves and make it more difficult to find and identify the missing people and to hide the crimes that had been committed. Body parts from some people found after the Srebrenica genocide have been found in up to 5 different graves. Dragana and her colleagues cleans and take samples from the remains and try to match the bones. Using DNA, they try to match the samples from family members. The technique is developed by the ICMP after the wars in the Balkans in the 1990’s and is now being used in many other places around the world, including in Iraq, Syria, after the tsunami in Asia (2004) and after the hurricane Katrina (2005) in the USA.

Posted by Kristian Skeie at 5:49 pm No comments: