70th anniversary of the Universal Declaration of Human Rights - December 10, 2018

At the Youth Theatre in Sarajevo (Pozoriste Mladih Sarajevo), actors have been busy rehearsing for their play, ‘Svirala', which opens tonight. Fantastic work by everyone involved, including Director Alena Dzebo!

Wikipedia: (Slovene: Postojnska jama; German: Adelsberger Grotte; Italian: Grotte di Postumia) is a 24,340 m long karst cave system near Postojna, southwestern Slovenia. The cave was first described in the 17th century by the pioneer of study of karst phenomena, Johann Weikhard von Valvasor, although graffiti inside dated to 1213 indicates a much longer history of use.

Exhibition in Sarajevo: Genocide in Srebrenica, 11 lessons for the future.

Join us, make a visit- for one month starting July the 9th, the exhibition Genocide in Srebrenica, 11 lessons for the future, is on show in Sarajevo. This group exhibition shows 11 individual stories of survivors of the Srebrenica genocide. Awareness lessons for all of us to bring forward. It is curated by Hikmet Karcic. 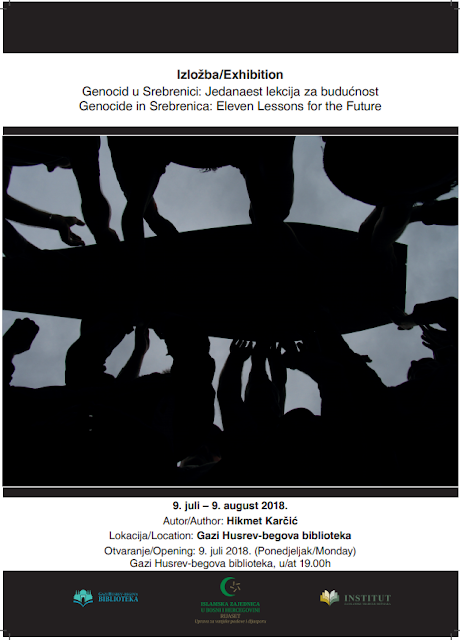 Theatrical satire on the Calais Jungle.

Fantastic evening at the International school in Lausanne, first presenting my own work about “Life After Genocide in Rwanda, Bosnia and Iraq”, then watching the Borderline Theatre company: "A satire of Calais Jungle devised and performed by an ensemble of European and refugee artists. Directed by Sophie NL Besse”.
#boarderline #theatre #photography #journalism #refugees #isl

Posted by Kristian Skeie at 4:42 pm No comments:

The Earth Day is on April 22nd. The purpose is to put focus on protecting the environment and to bring all 193 countries together. Bhutan is a country of about 750,000 people has set some impressive environmental benchmarks; Bhutan is the only country which is carbon negative! That is a good legacy for the children of Bhutan!
#photojournalsim #storytelling #onassignment #earthday #bhutan #localfood #freshair
Posted by Kristian Skeie at 1:09 pm No comments:

I little while ago, I got to spend some time with my friend Reverien, at his place in Switzerland...we also got a chance to visit his place in Rwanda. The story got a Silver Award in the Px3- Prix de la Photographie Paris- now is the time to enter for next years awards. More on Reverien, who survived the genocide in 1994 despite losing his entire family and my stories from Rwanda can be found in this link.
#genocide #photography#documentary #photojournalism #reportage #webster #nikonpro #keystonephoto #px3 #switzerland #Rwanda
Posted by Kristian Skeie at 1:14 pm No comments: